With a population of just over 100,000 and a metro population of more than 400,000, Manchester is the largest city not only in New Hampshire, but in all of northern New England. This size is due in no small part to the city's thriving business culture, with major manufacturers and other industrial giants flocking here in droves and bringing jobs and investments with them. The size and strength of the Manchester economy help keep New England prosperous. But the downside is that the city needs constant supplies, requiring regular deliveries in a region of the country where road space is already highly limited. 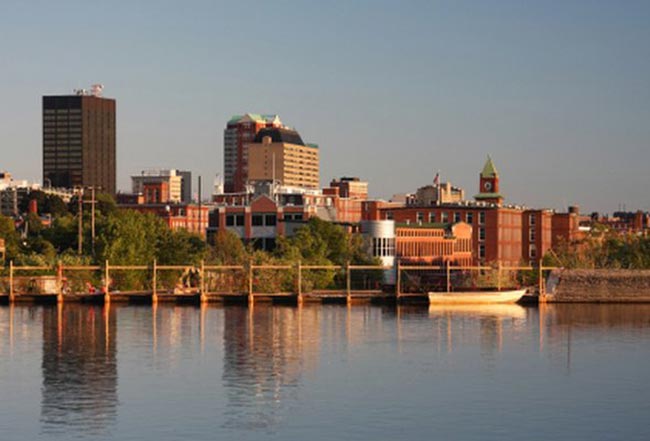 HotShotTrucking.com has no trouble making do with tightly limited road space. As a hot shot trucking Manchester broker with more than a decade of experience, we know the city's supply needs well and can anticipate any barriers to meeting them. We stand at the ready to complete a shipment when your carrier can't, directing a massive network of trucks and an equally massive array of skilled drivers to bring you items from anywhere on the continent.

Because of northern New England's relatively small population, many of the highways haven't been developed and maintained to the same degree as in denser regions of the country. That's not necessarily a problem for small towns, but for a bustling economic hub like Manchester, it creates a serious challenge. The more limited the amount and quality of road space, the more likely traffic congestion becomes, as myriad companies compete with one another to use those roads. This leads to traffic jams, which only becomes worse when snow and other harsh weather occur— hardly a rarity in a place like New Hampshire.

Neither snow nor traffic nor limited road space can get in the way of HotShotTrucking.com. We've spent more than a decade supplying the people of Manchester and other communities across New England, and know exactly what to expect on local roads. We have the resources and expertise to overcome any obstacle and get you your supplies before your business starts to suffer.

Those resources and expertise include:

Put your trust in HotShotTrucking.com and you will never have to worry about storms, road closures, or traffic jams getting in the way of your business's success.

Don't take a chance on getting your most important supplies. For more information, a free quote on future services, or location and other updates on any ongoing orders, visit HotShotTrucking.com or give us a call today at (603) 782-0333.