Beyond freight statistics and economic indicators one of the other methods to gauge the health of the hot shot trucking industry along with full truckload services and trucking in general is investment. With that in mind the recent news that Daimler Trucks North America have confirmed that an $18 million investment will be used to improve their research and development operations that are based in Madras, Oregon. 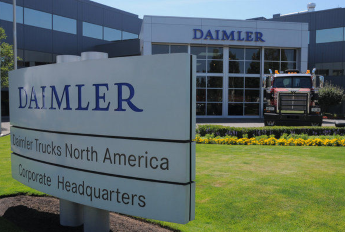 Construction of the proposed developments will commence within the next six months and be completed within eighteen months. It's a good sign of the company's faith in the robust state of the trucking industry.

Daimler's R&D expansion will feature a new test track and other new operational buildings. The investment is a partnership between Daimler and the state. At present, the company produces Class 6 through Class 8 vehicles including Freightliner, Western Star, Thomas Built Buses and Freightliner Custom Chassis nameplates.

The test track is set tp be the major feature of the development allowing Daimler to simulate the entire life of a truck in under six months of operation. The company feels that significant benefits will be realized with the addition of the track.

Another advantage of the new construction is the proximity of the location to Daimler's truck headquarters located in nearby Portland, Oregon. Matthew Markstaller, property manager for Daimler Trucks North America said;

“Daimler Trucks North America is committed to Oregon, as recently evidenced by our new headquarters building currently under construction in Portland. Locating our own durability test facility in Madras will further centralize and strengthen our engineering presence in Oregon.”