Few parts of the nation have transportation links as crucial to the hot shot trucking sectors as the highways around the metropolitan Detroit area. For the automotive industry, the dependency on the regional transport routes is absolutely vital throughout Oakland County. 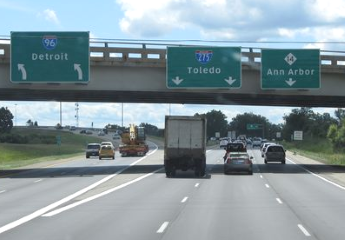 Important construction will soon be taking place to the west of Detroit after the Michigan DOT have confirmed their plans for improvements to I-275 in Novi, Livonia and Farmington Hills. This section of highway carries an exceptional volume of commercial freight so road repair and delays will be important to the hot shot trucking industry along with trucking in general.

The project is earmarked at costing $70-$80 million and will include replacing 13 miles of pavement, repairs to 16 bridges in addition to improvements to exit/entrance ramps across the targeted stretch of highway. The section of I-275 under repair will span from Five Mile Road north to the I-96 interchange and is indicated on the map below. 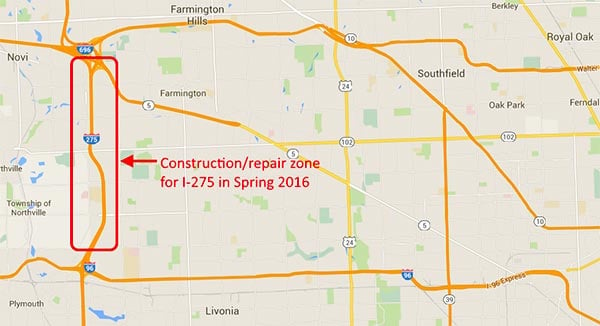 With an interest in relieving traffic congestion, the Michigan DOT announced that it will only close a single lane of traffic at a time throughout the project which is scheduled to begin in Spring of 2016. In addition to the planned construction and repairs, the budget includes improved drainage and 'intelligent transport systems' development.

The MDOT continues to seek public feedback about the I-275 project.
More updates will be provided following an early November development and feedback meeting that has been scheduled.