The hot shot trucking industry is especially active in supporting the energy sector throughout North America delivering urgent equipment, machinery and freight to locations that in many cases are far off the beaten track or a day's drive or more from the point of origin. 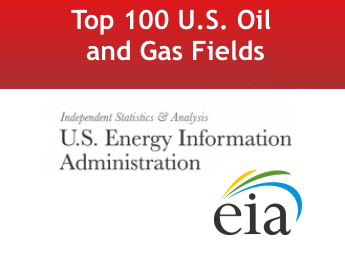 We were interested to see the newest publication from The U.S. Energy Information Administration ranking the top 100 oil and natural gas fields in the country. The data released is based upon 2013 research and shows that the top 100 accounted for some 56 percent of the U.S. total demand in 2013. Oil production grew again, continuing a trend that began in 2009 reaching 36.5 billion barrels for the year.

Natural gas production reached an all-time peak of 354 trillion cubic feet during a very active year for the industry in terms of production along with growing research and development. The report is fascinating for confirming what is generally common knowledge in that the Eagle Ford and Bakken shale fields are leading resources but also the numerous locations that aren't perhaps as well known but continue to produce new output. 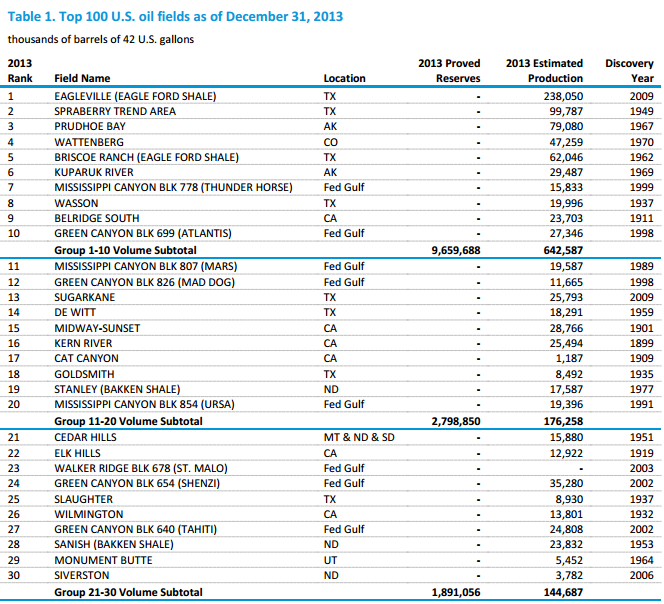 As you can see on the table above a ratio of this developing production, and in particular the growing natural gas exploration is relatively newly found. Many of these locations ranked far lower on the list just five years ago and many forget that Eagle Ford was only discovered seven years ago. While falling prices have left the market for new exploration and development in a state of caution the reality is that industry experts predict 2015 output will continue to grow overall across the country. We also read last week that reserves have again reached a high point compared with any time over the last decade.

Full details are available via the EIA site and their report on the Top 100 U.S. Oil and Gas Fields.