Good news for nationwide trucking companies who transport freight to, from or via Las Vegas sees the imminent groundbreaking for a new stretch of highway that should hugely relieve an infamous bottleneck in Boulder City. For traffic heading into or out of the city toward the Southeast it will be a huge timesaver to complement the recently completed Hoover Dam bypass that was completed in 2010.

For interstate haulers travelling into Nevada from Arizona via Interstate 40 and Highway 93 the dam project which took five years to complete was a great time saver but traffic still gets extremely congested shortly after the bridge in Boulder City, itself just 26 miles from Las Vegas. Highway 93 becomes an urban thoroughfare which can be the source of major delays as it meanders through Boulder City. 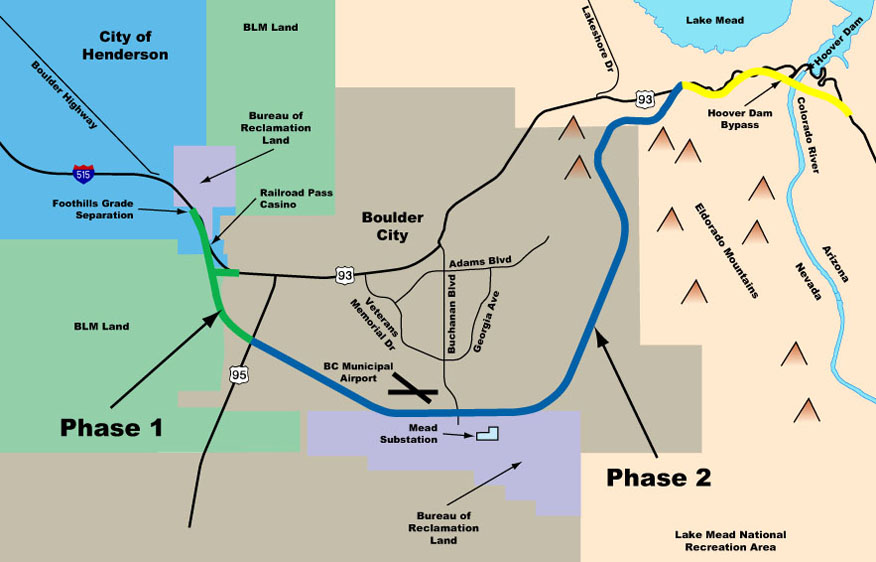 A proposed bypass - the Interstate 11 project is about to break ground and will bypass the town entirely taking traffic south of Boulder City before connecting back to 93 just before the Hoover Dam. Representatives from the Nevada Department of Transportation, Regional Transportation Commission and Las Vegas Paving presented a compehensive plan of their joint efforts to get the Boulder City bypass moving during a city council meeting last week.

If all goes to plan phase one should begin in May or June this year as the four-lane interstate commences construction with interchanges planned for U.S. Highways 93 and 95 at either end. There are a number of environmental and wildlife issues being reviewed in the hopes of receiving the full support of the community.

Construction is scheduled to take about three years in total with phase one, a 2.5 mile stretch lasting approximately one year. Development of the highway is being managed by the Nevada DOT and construction by Fisher Sand & Gravel. Upon completion the bypass could save trucks as much as an hour in journey time depending on the time and day of passage.