In addition to continuous good news on the employment front domestically, surely the largest economic story during the second half of this year has been the decreasing cost of fuel due to barrel prices now significantly lower than they were back in the summer. The truth is that this is the result of a uniquely American success story, reliant on technology, policy plus dedication and hard work throughout the domestic energy sector in exploring new sources that have driven production consistently upward. All of these results are in no small part very reliant on dependable hot shot trucking services allowing key equipment and parts to be delivered urgently to locations in the energy field.

Consumers and businesses alike tend to only reflect on the price of gas at the pump but domestic energy production plays a significant part in these trends. Business Insider provided a series of charts and statistics that perfectly illustrate the growth in the United States over recent months and years, some of which are certainly worth sharing below.

The first graphic shows total US production of oil in thousands of barrels per day from 1990 until the present day, the huge leap forwards during the last 24 months is something to behold as production eclipsed the levels of the early 1990s within the last year and have accelerated further since that time. 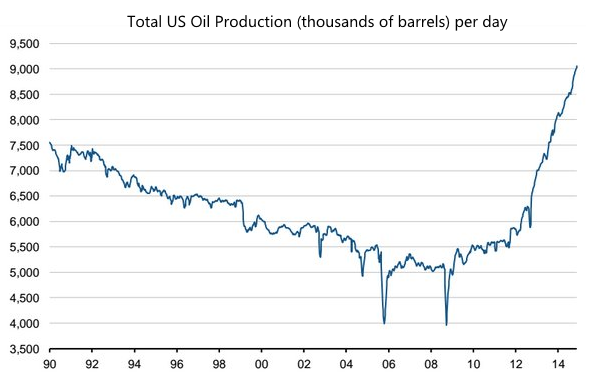 The second graphic zooms in a little more closely to show the remarkable increased output from shale super fields over the last three years following on from fairly consistent output in the years prior. Both Bakken in North Dakota and Eagle Ford in Texas have displayed amazing growth over the last few years. 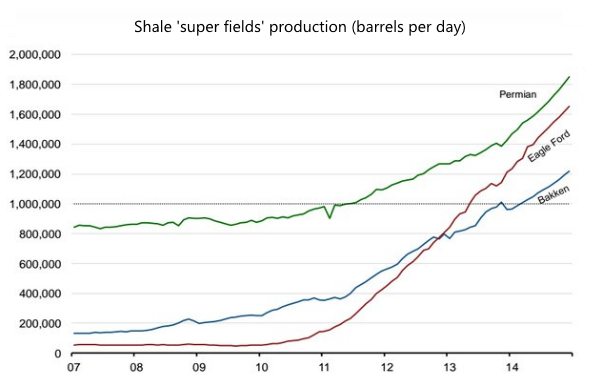 The success story doesn't end with oil production however, as our final graphic illustrates domestic natural gas production over the last thirty plus years. The upward cycle began during the middle part of the previous decade and overall growth has been almost as consistent and impressive as oil production during the same time period. The efficiencies and technologies within the industry have also seen far more wells producing both oil and natural gas, based on statistics provided by the US Energy Information Administration (EIA) more than half of new wells (56%) in 2012 were producing both.

We remain at the forefront of hot shot trucking service providers in the energy sector and such results reinforce the importance of what the industry provides to the nation.