From time to time on the hot shot trucking blog we spotlight regional transportation improvements that can make a substantial difference to commercial growth along with hot shot trucking, urgent freight, and nationwide trucking operations. Today the focus turns to Tucson, the second largest city in Arizona, and the announcement of a new access road that will greatly enhance business development south of the airport. 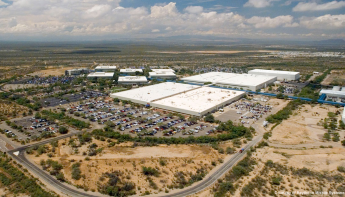 Raytheon (Tucson location pictured above) has long been one of the Tucson's most important companies and is now the largest employer in Southern Arizona. A new road planned for the south side of the city will greatly benefit Raytheon and other aerospace companies in town in addition to allowing expansion at Tucson International Airport. 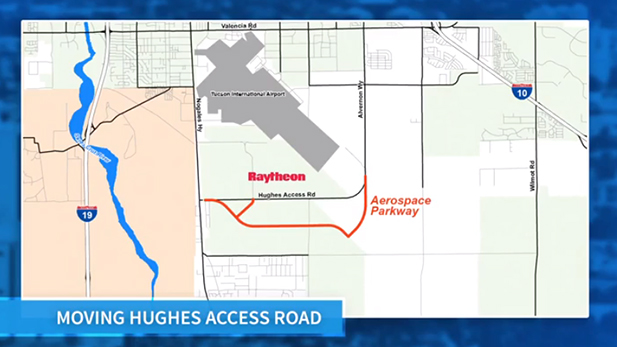 Planned changes will see Pima County moving Hughes Access Road one-half mile south and renaming the road Aerospace Parkway in efforts to stimulate further aerospace development. The development decision was made by the county following discussion and negotiation with Raytheon and assessing the needs of the company. The increased opportunity to grow the operations center was a large consideration. Pima County Supervisor Ramón Valadez explains more;

“This discussion probably began in about 2008 when we started talking with our major local employers at all levels, small medium and large. The things that came out really prevalent in those discussions was that we needed an aerospace and defense park like the one we’re talking about, like the one that’s going to be served on this road, that’s going to be here joining Raytheon,”

The potential for major Improvements to Tucson International Airport were also part of the equation, and the changes to the road scheme present an opportunity to develop a second runway suitable for larger commercial aircraft. Overall we're certain this will be a great development for Hot Shot Trucking in Arizona and transportation options overall.

Some source content for this piece courtesy of ArizonaPublicMedia.org.